Every Kid is the Same 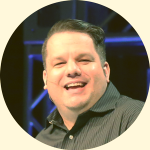 *Portions of this blog post are adapted from “It’s Just A Phase, So Don’t Miss It” by Reggie Joiner and Kristen Ivy.
Sure. Every kid is very different. And a lot of energy goes into exploring those differences. Every kid has unique . . .
DNA
Hobbies
Quirks
Tastes
Styles
Talents
Opinions
But what if every parent just started thinking about some different ways every kid is the same. For example . . .
Every kid doesn’t think the same, but every kid has ability to reason.
Every kid doesn’t feel the same, but every kid wants to be loved.
Every kid doesn’t enjoy life the same, but every kid likes to have fun.
That’s because every kid has one thing in common. Every kid is made in the image of God. It should seem obvious. Humans are radically different from every other living, breathing creature. They have the stamp of God’s image. Stop for a moment and think about what that really means for your kid, and every other kid.
If they are created in the image of God, then they have a divine capacity . . .
to believe, imagine and love,
to care relate and trust,
to reason, improve, and lead.
That’s a lot of potential.
Okay, you may be wondering, “How can . . .
my toddler who’s throwing a tantrum because I said no,
my kid who’s eating candy he stole from his sister,
my teenager who’s wearing an outfit she snuck to school in her backpack
. . . actually be reflecting the image of God?”
So maybe we should pause here and mention something. Your kid is also a reflection of your image. Yep. Just like you have a dark side, so do your kids.
That’s why they embarrass you sometimes right? Some people call it “sin nature.” It’s been around for a while. But if you look closely, if you pay attention, you can still see the flicker of God’s image in every kid too. That’s why every kid has the capacity to do remarkable things.
Their potential starts the day they are born. Every phase of their life reminds us that they are fearfully and wonderfully made.
Every year the average . . .
toddler will spontaneously burst into over 100,000 giggles.
five-year-old will spout out nearly 160,000 questions.
fourteen-year-old will grow 2 inches and gain 10 pounds.
tenth grader will solve over 1,000 algebra problems.
The point is you should never underestimate your kid’s potential to learn and grow and build and innovate and simply do good, because they have the ability to reflect their Creator.
When kids begin to understand they are made in the image of God, they tend look at the world and themselves in a different way.
This one perspective can affect how they . . .
make decisions,
view sex,
use technology,
relate to their parents,
see the church,
care about people,
and trust God.
Think about it this way. When kids believe they are made in the image of God, they recognize their God-given potential and worth. They treat others with a higher level of respect. And most importantly, they pursue knowing the God who made them.
The post Every Kid is the Same appeared first on Horizon Community Church.