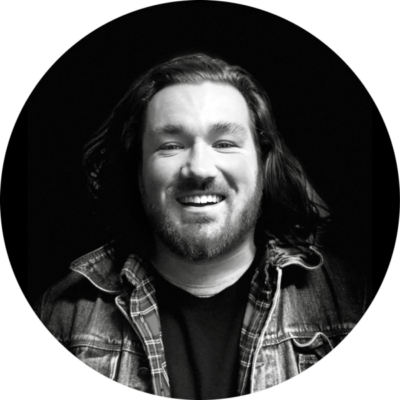 Do you have a hero?
Now, when I say hero I am not talking about a superhero like Batman or Superman. I’m talking about a person that you look up to. Someone that if compared to, would be a huge honor for you.
For me, that person was my grandpa, who I called Papa.
Papa and I always had a very special relationship. He was very into sports and so because of that, I started to love sports as well. I even found myself liking the same teams that he liked. I adored my grandfather, and any chance I got, I would spend as much time with him as possible. But the older I got, the more I realized that even though Papa was a very avid sports fan, there were two things that he loved more. The first was Jesus and the second was his family. He was always there for us, even during the last few months of his life.
Papa passed away one year ago on New Years Day. We had seen it coming for about a week, so even though it wasn’t a surprise, it was still hard. The initial pain that I felt was the typical sadness because he was gone and death is never easy. But the hardest part for me was the next day, and the days to follow. Because yes, the day he died was hard, but the next couple weeks and months that followed were even harder because I felt like I had to remind myself each day that he was gone. Papa was the type of person that I would sit and visit with and if something really good or exciting happened in my life, he was the first person to know about it next to my parents. So the hardest part for me was not that he had died, but that he was no longer apart of my everyday life. This person that I had considered my hero was gone, and it was something I wrestled with for a while.
At Papa’s memorial service, my mom said that even though it is hard for us here on earth to lose him, she was excited because Papa was having the best day of his life in heaven. He had made it; he had received his prize. Not only was Papa no longer in pain anymore, but he had been reunited with his wife of 56 years! An even better Papa was now with Jesus.
That idea of the “best day” really jumped out at me. As Christians, we are called to live on this earth for a time but we often get so caught up in what we are feeling and going through on earth, that we forget that our best day is still awaiting us. For those of us that are following Jesus, there is a day coming that will be like no other day we have experienced before. That moment where we get to look upon the face of Jesus and hopefully hear the words, “Well done, my good and faithful servant.”
So yes, there are days where I still miss Papa like crazy. But I can’t wait for my best day when I get to stand before Jesus himself, knowing that Papa and Nana will be standing right behind him and we will not have to be separated again. My encouragement to you today would be to hold onto the idea of your best day. No matter what you are going through, remember that it is only for a time. You still have your best day ahead of you.
The post Your Best Day appeared first on Horizon Community Church.